This article is a translation of the "Operation RestyLink: 日本企業を狙った標的型攻撃キャンペーン".

Today’s artcile is authored by our SOC analyst, Rintaro Koike.

Our SOC observed APT campaign targeting Japanese companies starting from mid of April 2022. We think that this campaign had already started in March 2022 and related attack might have performed around October 2021. It implies that this campaign is not temporary nor intensive, and it could continue from here forward.

In this article, we report the detailed analysis on this campaign and discuss the attributes of the attacking group.

The attack that we observed in mid of April 2022 was as follows: 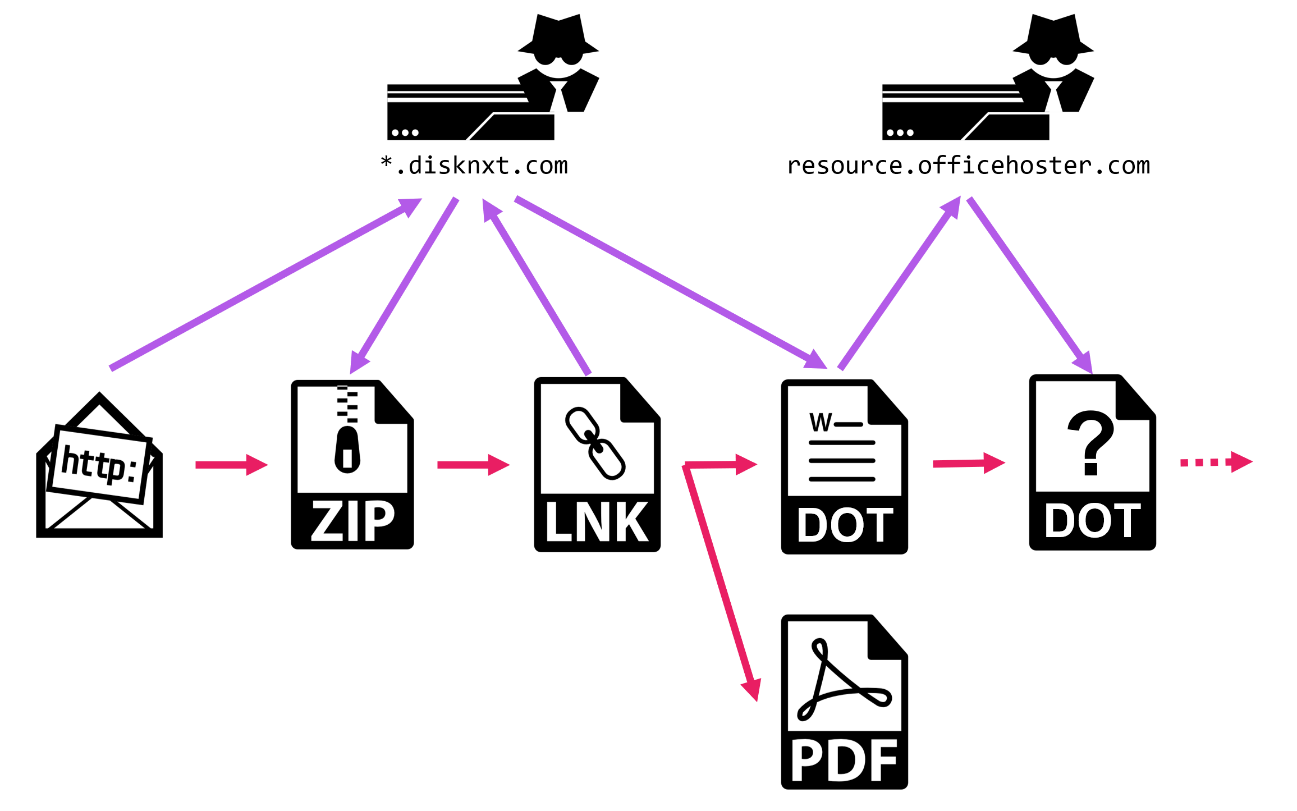 Whenever the user opens a Word file, the DOT file placed in Startup folder is loaded and embedded macro is executed. The macro then downloads another DOT file from the server and executes the file. However, we could not download this DOT file at the time of our research.

The icon image of the LNK file was that of a PDF file, but it used ScriptRunner.exe to execute the following tasks:

There were two decoy PDF file, both of which were about relation between Japan and South Korea. The redacted parts contain real person names. 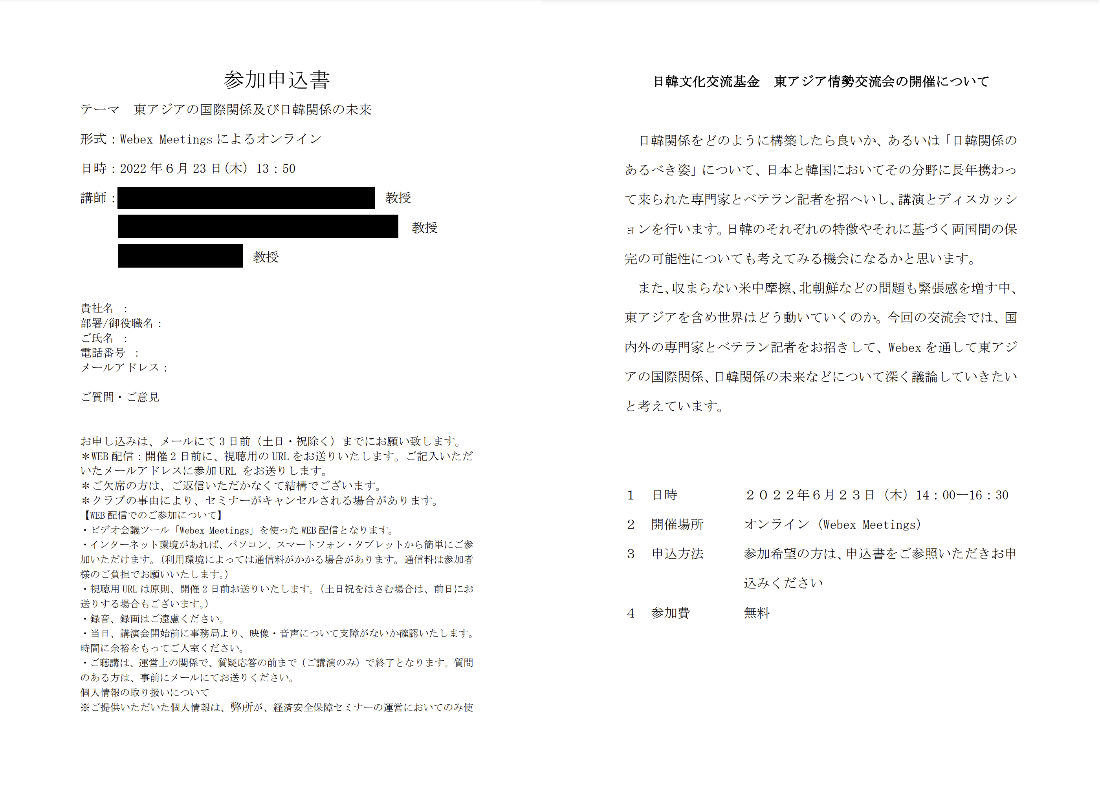 Whenever a user opens a Word file, the DOT file placed in the Startup folder is loaded. The macro embedded on the DOT file was as follows:

The macro downloads another DOT file and executes the file. The attacker already has user environment information at this stage because username is included in the target file name. We could not download this DOT file during our research.

In late April 2022, we confirmed that we could download an ISO file from the same infrastructure as discussed in the previous section. The attack vector was as follows. 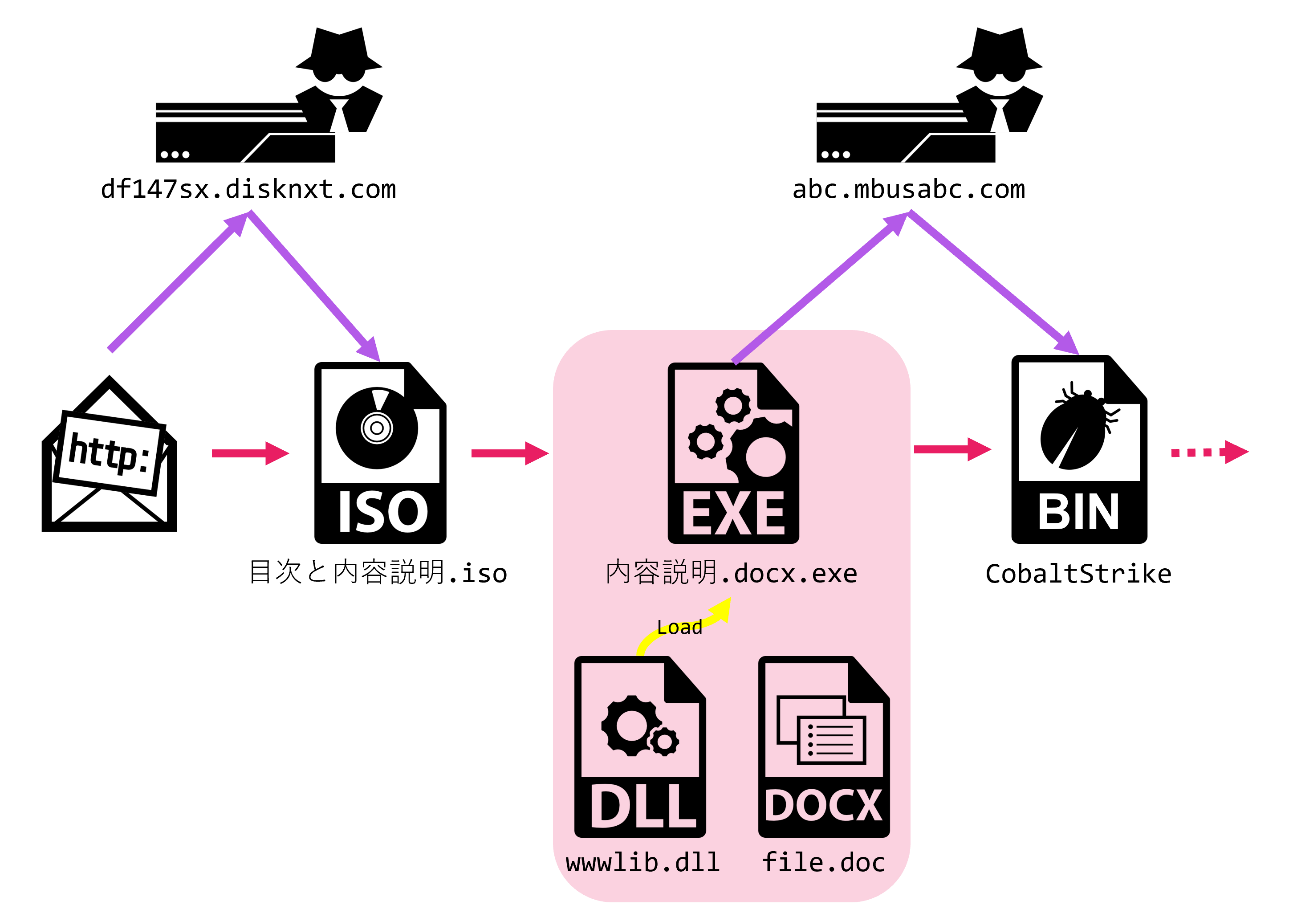 The ISO file included a legitimate Microsoft Word EXE file and a malicious DLL file besides a decoy file. The DLL file is to be sideloaded and executed when the EXE file is executed.

The DLL file was an UPX packed Golang downloader. The DLL file downloaded Cobalt Strike Stager from the server and executed the file. The attacker investigated the environment using various commands provided by Cobalt Strike.

The Config file used by executed Cobalt Strike Stager was as follows:

An interesting LNK file that had similar characteristics as the LNK file used in discussing campaign was posted to VirusTotal by March 2022 from Japan.

This sample uses cmd.exe instead of ScriptRunner.exe, but the executed commands and the used attacking infrastructure are the same. It is highly probable that the attack used this LNK file was the part of the discussing campaign.

At the time of our research, we could not get the first DOT file. The decoy PDF files were about Japanese diplomacy in East Asia. 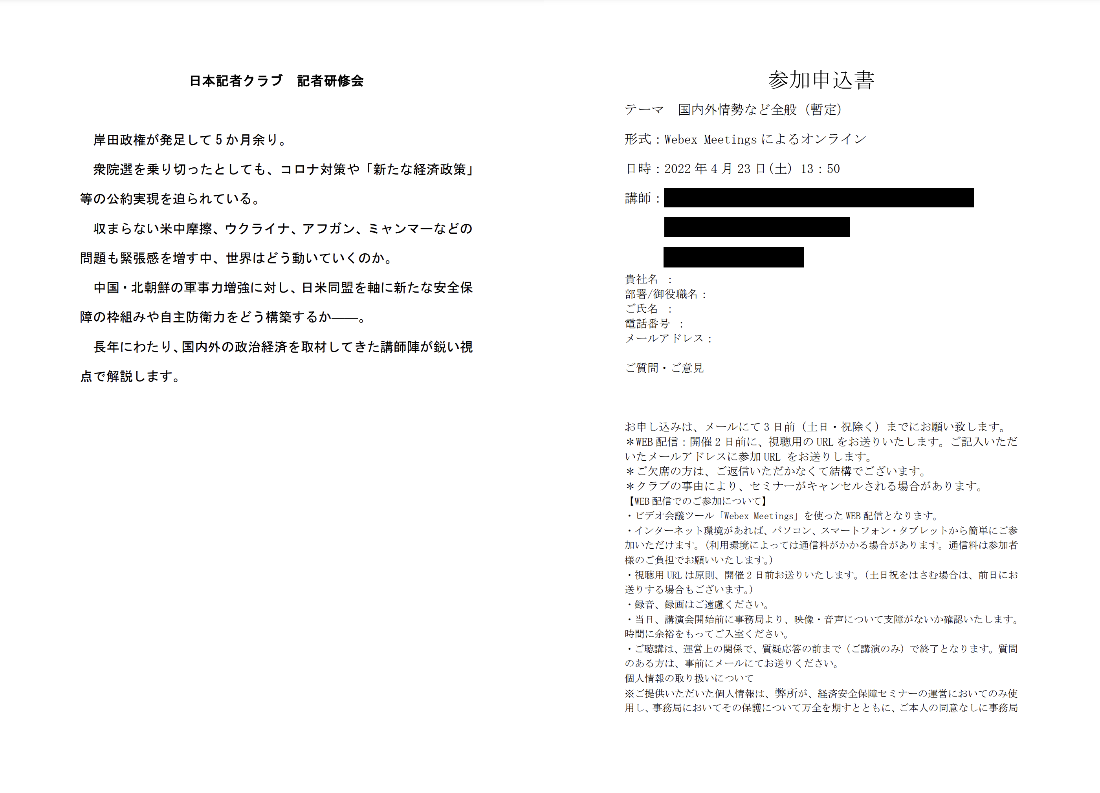 The Golang downloader used in late April 2022 attack case downloaded Cobalt Strike Stager from “/Events” with odd User-Agent. This User-Agent was that of Yandex Browser which was uncommon in Japan. We found a sample that had same characteristics was posted to VirusTotal from Japan in January 2022. Because there are similarities in their infrastructure, this event could also be related to the discussing campaign.

During the investigation on the IP addresses corresponding to other subdomains, we found the trace of Covenant, known as an open source C2 framework. The attacker might have used Covenant in addition to Cobalt Strike. 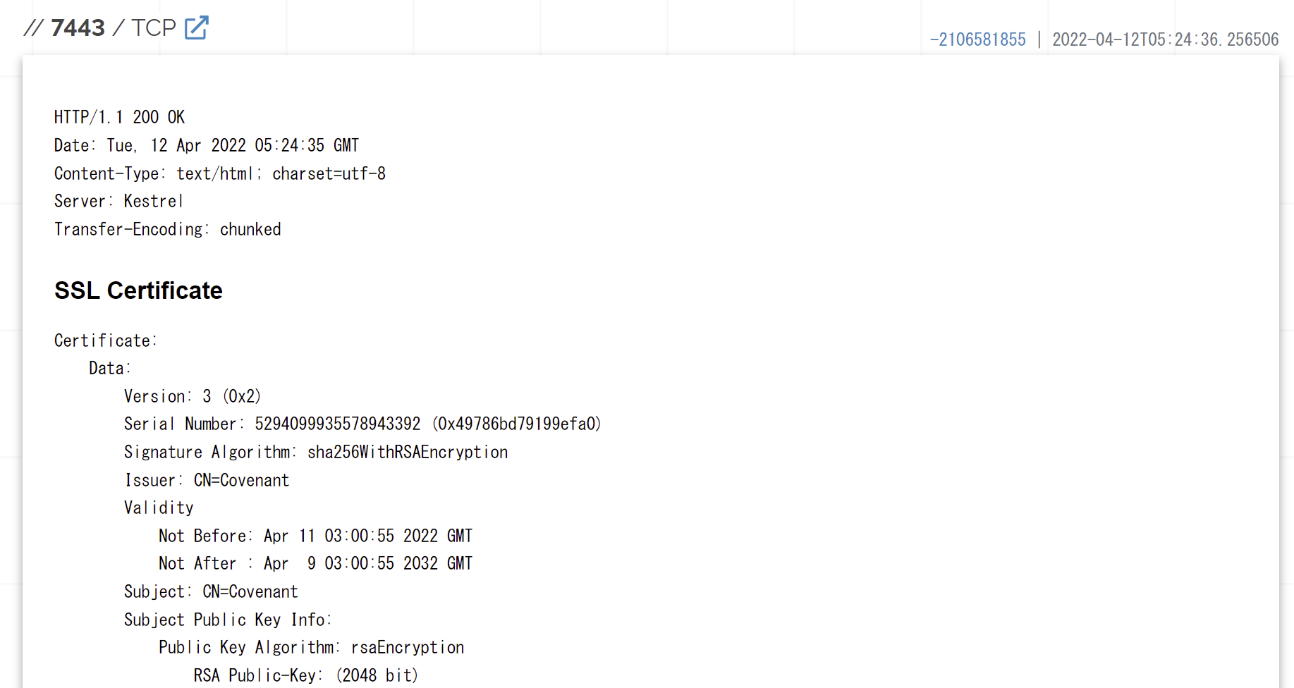 The domain differentfor[.]com registered in November 2021 was related to the Cobalt Strike activity observed in January and late April 2022. Because its infrastructure, domain, file path, HTTP header and Cobalt Strike Config are the same as those of discussing campaign, it could relate to the campaign.

During our research on this attacking campaign, we found that the attacks using similar attacking infrastructure might have performed in late October 2021.

At the time of our research, we could not get the files used in this attack. However, malicious files could have been downloaded from the Web server pretended to be SASAKAWA USA. 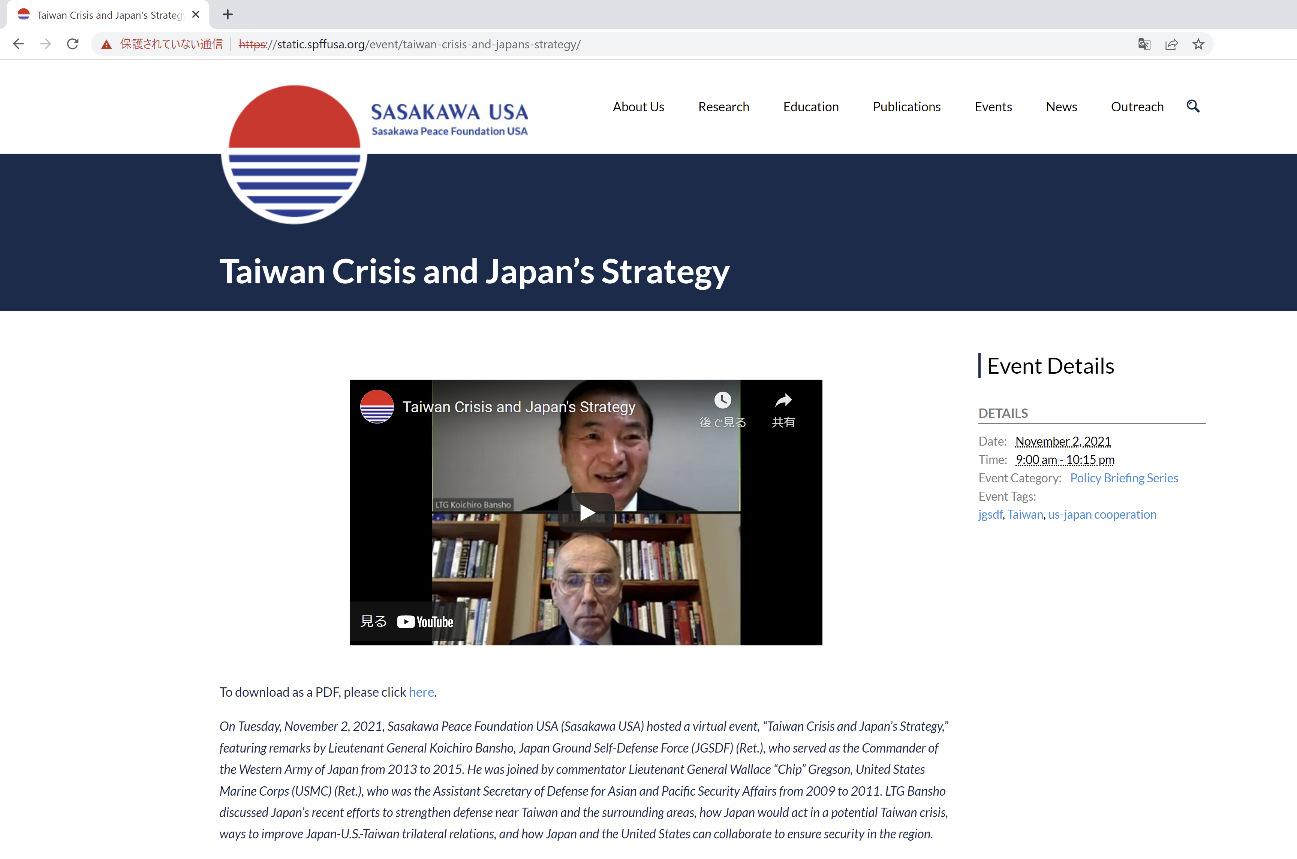 The following figure summarizes the characteristics that we found related to the discussing campaign. 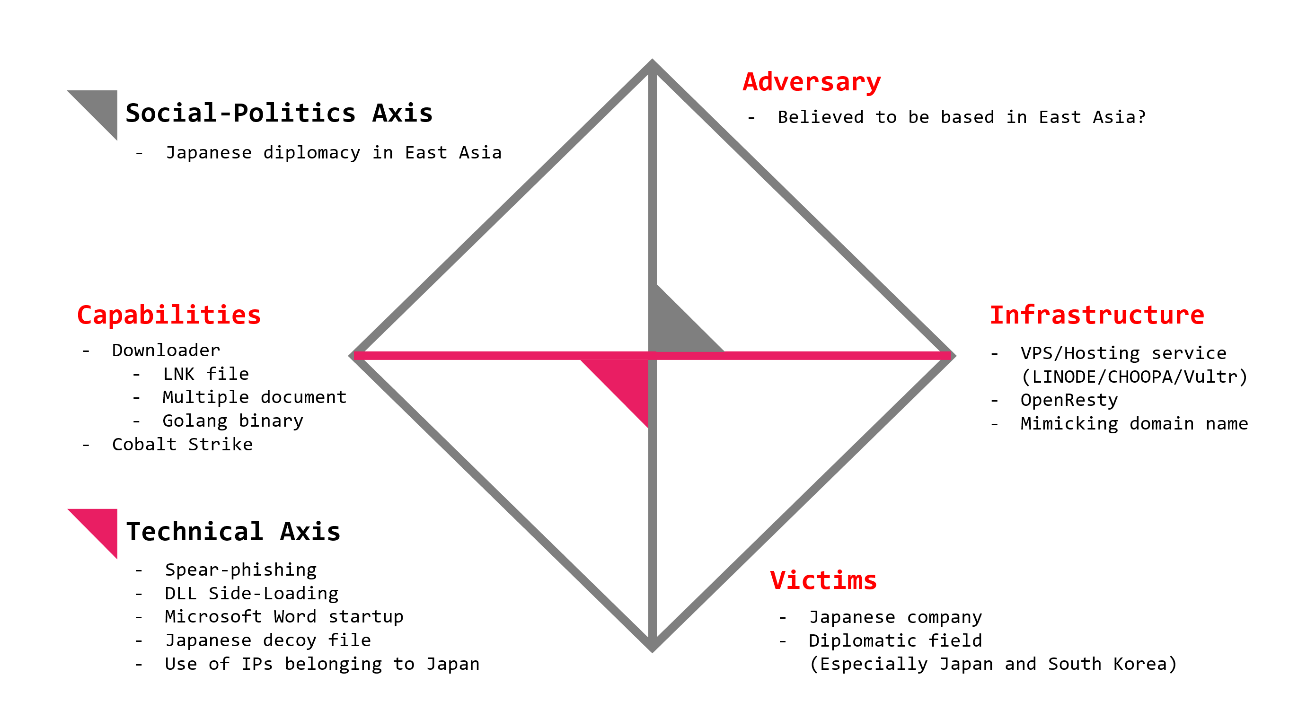 There are various characteristics, but what we should pay attention to is the fact that this campaign clearly targets Japan. The attacker selected target users carefully, prepared decoy files written in natural Japanese and leveraged Japanese IP addresses. It was apparent that Japan was not attacked just by accident, and the attacker was highly motivated to attack Japan. The access to the Web server used in this campaign might have been limited based on geological information, which suggests the attacker’s carefulness and slyness. Because there are only a few APT groups that have capability and motivation to attack Japan, the candidate APT groups are limited.

Based on our research, we would like to name four APT groups that we think are related to this campaign. Taking the other trivial information not mentioned in this article into consideration, we think that DarkHotel is the strongest suspect at the time of writing this article. Because there is no convincing evidence, this assumption could change depending on future research.

DarkHotel is an APT group said to attribute to South Korea [1] and their attacks have been rather frequently observed in Japan [2][3][4][5][6]. They are continuously attacking Japanese media companies or think tanks. They perform spear phishing attacks using Japanese emails and decoy files, execute multistage downloaders and loaders using LNK files. Based on the similarities of these characteristics, we suspect that DarkHotel is related to the discussing campaign.

Kimsuky is an APT group said to attribute to North Korea [7] and their attacks have been sometimes observed in Japan [8][9]. It is said that Kimsuky targets North Korean refugees and related organizations, but Japanese media companies had also been targeted in the past. It is reported that they used LNK files in their recent attacks [10]. These characteristics have several points in common with the discussing campaign.

APT29 is an APT group said to attribute to Russia [11] and their attacks have been rarely reported in Japan. However, recent Ukraine situation could motivate them to attack Japan. It is already reported that APT29 used LNK [12] or ISO files [13] in their attacks. They are also known as leveraging Cobalt Strike [14] or Golang malwares [15]. These characteristics have some points in common with the discussing campaign.

TA416 is an APT group said to attribute to China [16] and the attacks have been sometimes observed in Japan. It is known that TA416 uses LNK files or Cobalt Strike [17][18]. These characteristics have similarity with the discussing campaign.

As of April 2022, an APT campaign targeting Japanese companies has been observed. Though we named several candidate APT groups that can be active behind the campaign, there is no clear evidence that tells which one. Because the similar attacks could have been performed for several months, it is necessary to monitor the situation continuously.

[9] Cybereason, "Back to the Future: Inside the Kimsuky KGH Spyware Suite",  https://www.cybereason.com/blog/research/back-to-the-future-inside-the-kimsuky-kgh-spyware-suite

[14] Mandiant, "Not So Cozy: An Uncomfortable Examination of a Suspected APT29 Phishing Campaign", https://www.mandiant.com/resources/not-so-cozy-an-uncomfortable-examination-of-a-suspected-apt29-phishing-campaign

[16] Proofpoint, “The Good, the Bad, and the Web Bug: TA416 Increases Operational Tempo Against European Governments as Conflict in Ukraine Escalates”, https://www.proofpoint.com/us/blog/threat-insight/good-bad-and-web-bug-ta416-increases-operational-tempo-against-european